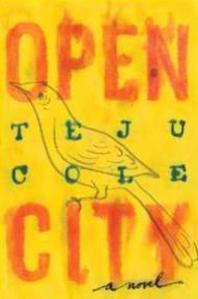 Back in February I emailed Teju Cole asking if there was any way I could get a hold of his novella, Every Day is for the Thief.  I’d read so many positive reviews about the book, I knew it contained Cole’s photography, and I knew the basic plot was something of interest to me: after many years abroad, a Nigerian returns to his home country for a visit.  I wanted to read the book and I thought my proximity to Cole (my Newark to his Brooklyn) at the time of my email would be an encouraging factor.  In the nicest way possible he responded that there would be no way for me to access the novella in the U.S.  I then phoned my mother, who was in Accra at the time, and asked her to check the shelves at Silverbird in Accra Mall.  The book was not there either.

In an effort to get closer to Cole’s literary self, I decided to purchase Open City — his debut novel that was originally published in 2011.  Considering the previous reviews I’ve read about the book which characterized it as boring and my thoughts after finishing the novel, I’ve come to two conclusions: (1) I appreciate what others may label as mundane and (2) though I’ve been aware of my high level of self-involvement for awhile, I didn’t realize that the outside perceptions of me as an asshole (which I’ve attributed to my introversion) may actually be true.

A little insight on what happens in the book:

Julius is a thirty-something year old psychiatrist, the son of a Nigerian father and German mother, he was raised in Nigeria but came to the United States for his postsecondary education.  When we meet him in Open City, he is a psychiatric fellow at New York Presbyterian Hospital.  Through what could very well be extremely detailed (and edited) accounts of Cole’s life from his diary, we tag along with Julius as he walks through NYC, recounts pieces of his relationship with his girlfriend and family, and as he travels to Brussels.

Thoughts on the book (from the perspective of someone who didn’t consider Julius an asshole until chapter 20):

I’m almost sure the novel originally ended at chapter 20 but they (the publishers? editors? agent?) didn’t want readers to walk away too disturbed or angry with the big reveal that occurs in chapter 20.  The official last chapter (chapter 21) took me back to the feelings I had for the book in the first 3 chapters.

When I first started the novel, I was upset with it’s pace and its focus and I noted the writing as dense.  I was not interested in the connections Julius was making between his everyday life and the art of dead white men or the animism of Yoruba culture and I didn’t know if I should direct my anger at Cole or at Julius.  Then in chapter four, there was one particular line that made me feel like I was getting to know Julius beyond his observations and occupation; while at work he reflects: “…I was oversensitive to the hospital’s white lights and felt more irritated than usual with the paperwork and small talk…”  It was a simple line but it was the first time Julius had ever said he felt a certain way and it resonated with me.  At chapter five, I felt fully engaged, primarily because of Julius’s interactions with two men — one a Haitian who worked as Shoeshiner at Penn Station and the other a Liberian detained at an immigration detention facility in Queens.

It was during his trip to Brussels that we met a more open Julius.  Perhaps because it is not a place he calls home that we see him making friends, fulfilling sexual needs, and having interesting discussions (including one that surprisingly makes Cosmopolitanism seem like an interesting topic for debate) yet still spending quite a bit of time in his head.  It was in these moments that I also began to see his insecurities and his coldness; he became more complex yet still evoked little emotion on my part as a reader.  It actually wasn’t until chapter 20 that I was really moved to feel something beyond recognition of myself in or annoyance for Julius.  It came after a moment of profundity which I will leave you with:

Each person must, on some level, take himself as the calibration point for normalcy, must assume that the room of his own mind is not, cannot be, entirely opaque to him.  Perhaps this is what we mean by sanity: that, whatever our self-admitted eccentricities might be, we are not the villains of our own stories.  In fact, it is quite the contrary: we play, and only play, the hero, and in the swirl of other people’s stories, insofar as those stories concern us at all, we are never less than heroic.
…
And so, what does it mean when, in someone else’s version, I am the villain? I am only too familiar with bad stories — badly imagined, or badly told — because I hear them frequently from patients.  I know the tells of those who blame others, those who are unable to see that they themselves, and not the others are the common thread in all their bad relationships.

Film
Neil Drumming is working on his feature film debut and documenting the process on the Atlantic.

Beasts of the Southern Wild has been on my radar for a minute now and the trailer has finally arrived!  This short from Beasts director, Benh Zeitlin seems to be where the story started:

Literary
Want to get close to some of the greats in contemporary African literature?  Farafina Creative Writing Workshop is now accepting applications!

Other
Amazing photos from an old, gritty New York City.

This amazing photograph from Teju Cole:

Film
I haven’t watched any documentaries on here, but you might find something of interest.

Have you been paying attention to The rise of black lesbian and gay cinema?

Miranda July gives us an awesome tip for those of us who are easily distracted hehe (this is an outtake of The Future).

Literary
The Death of the Black Owned Independent Bookstore, from the AALBC Blog (on the right hand side of your screen, you should see a “Support Black Businesses” image; click it for AALBC’s database of Black owned indie bookstores)

I might as well put Teju Cole in charge of my reading list.  His comments on Michael Ondaatje got me to add Coming Through Slaughter and Running in the Family to my reading list:

For purposes of marketing, writers are designated as poets, novelists, or something else. But writing is about matchmaking, an attempt to marry sensations with apt words. Ondaatje makes language translucent – the exact word, the exact placement of a comma – and the reader has the uncanny feeling of encountering ideas directly. His work is about the things I care most about: memory, threshholds, solitude, work (usually the work of hands), dangerous loves, half-remembered songs and scars of all kinds. It is a particular constellation of thoughts and experiences, so particular to me, I sometimes feel, that I’m unsure if I’m reading or if I’m the one being read.

Other
The words of Emeli Sande are inspiration for any artists (h/t: Concreteloop)

In an interview with Film Society Lincoln Center, Terence Nance shows some love for Ghana and notes books as a source of inspiration.

Zadie Smith’s On Beauty is being adapted into a film by Kasi Lemmons!

James Baldwin in a 1984 interview with Jordan Elgrably. Baldwin gives us so many gems, but here are a few highlights:

Was there anyone to guide you?

I remember standing on a street corner with the black painter Beauford Delaney down in the Village, waiting for the light to change, and he pointed down and said, “Look.” I looked and all I saw was water. And he said, “Look again,” which I did, and I saw oil on the water and the city reflected in the puddle. It was a great revelation to me. I can’t explain it. He taught me how to see, and how to trust what I saw. Painters have often taught writers how to see. And once you’ve had that experience, you see differently.

A Word to the shy:

Did what you wanted to write about come easily to you from the start?

I had to be released from a terrible shyness—an illusion that I could hide anything from anybody.

Other
I was going to excerpt some of the highlights of this article but I would’ve had to repost the whole damn thing. Check out Teju Cole enlightening everybody on the White Savior Industrial Complex.

I was browsing Facebook when I came across this song (via Alternate Takes: a new jazz blog): 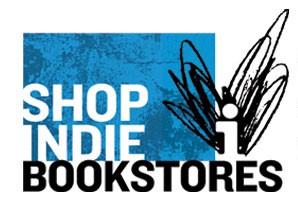 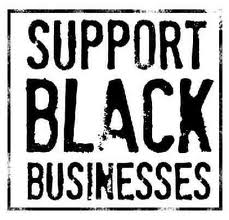 This work is licensed under a Creative Commons Attribution-NonCommercial-NoDerivs 3.0 United States License.
Back to top